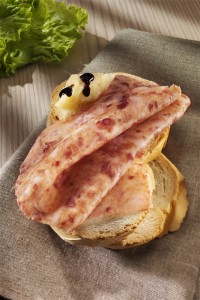 The story of Gigi Salumificio begins in 1980, when Mauro Reggiani built a small factory in Castelnuovo Rangone in the province of Modena. The company takes its name from the diminutive of Luigi, Mauro’s father died in 1967. Gigi was often spoken fondly of his wife Jole, which was addressed to her husband, calling him “my Gigi.” With her mother Jole and parents of his wife, Enzo and Ada takes the life activity of producing Greaves and Lard, with the aim of keeping alive the culture of a sausage linked to the territory and to the tradition of Italian delicatessen. With his wife Maura Fontana, the company increases the assortment of meats products, while maintaining strong attention to quality and tradition, still considered the cornerstones for successful products. After completing his studies, his sons Luigi and Luca become part of the corporate structure, giving a strong boost to sales and production. To date, the company is the challenge to continue to provide the market with excellent products, preserving local traditions and the quality of the sausage. All this thanks to a team united and willing to achieve that result.

This website uses cookies to improve your experience while you navigate through the website. Out of these, the cookies that are categorized as necessary are stored on your browser as they are essential for the working of basic functionalities of the website. We also use third-party cookies that help us analyze and understand how you use this website. These cookies will be stored in your browser only with your consent. You also have the option to opt-out of these cookies. But opting out of some of these cookies may affect your browsing experience.
Necessary Always Enabled
Necessary cookies are absolutely essential for the website to function properly. This category only includes cookies that ensures basic functionalities and security features of the website. These cookies do not store any personal information.
Non-necessary
Any cookies that may not be particularly necessary for the website to function and is used specifically to collect user personal data via analytics, ads, other embedded contents are termed as non-necessary cookies. It is mandatory to procure user consent prior to running these cookies on your website.
SAVE & ACCEPT